Chinese New Year: the History and Traditions of the Holiday

Home/Articles/Chinese New Year: the History and Traditions of the Holiday

A series of New Year holidays 2015 year has already become a part of history for most of the population of our planet. But Chinese people are still ahead. The advent of the new year they celebrate on February 19th. As always,there is plenty of entertainment, fireworks, dancing dragons, traditional food and much more to see, if you suddenly find yourself in the beautiful eastern country during this period of time. 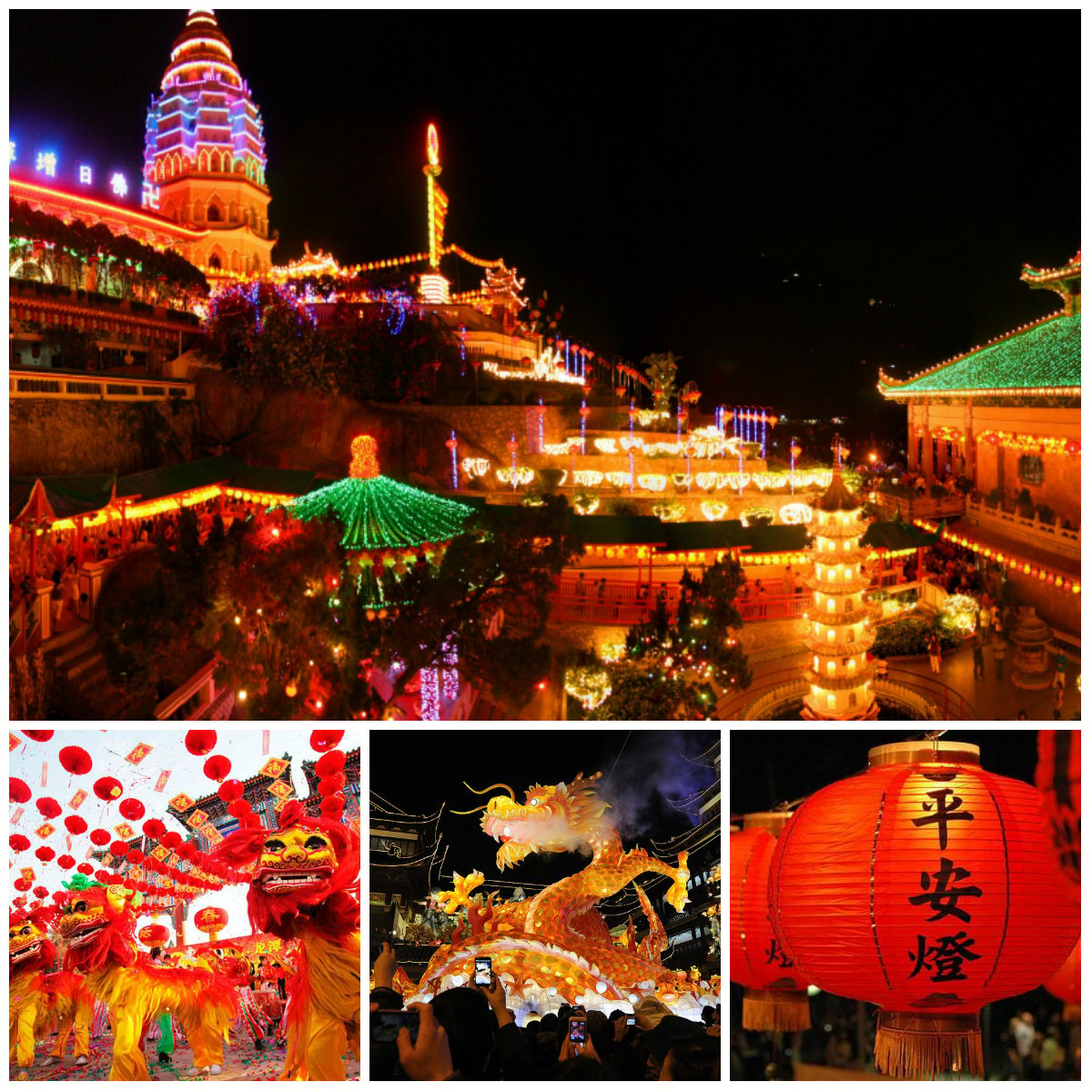 The myth of the origin of the holiday

As the ancient myth, the beginning of each new year has been a difficult time for the Chinese, as scary mythical monster named Nian came to the settlements at this time and destroyed all stocks of food, livestock and even local residents. To somehow appease the beast, the Chinese left a meal on the doorstep of their homes, and the kinder became the monster the less damage it would bring to them. Once people noticed that monster was frightened of a child dressed in red, they have decided that it was afraid of that color. There comes the tradition of the New Year hang red lanterns, which should scare the monster, as well as the custom of giving the presents in red packets.

The start of a festive cycle

Date of the Spring Festival, is literally translated as Chinese New Year, linked to the lunar cycle and is determined by the new moon the winter (in the Gregorian calendar between January 21 and February 21). This festival is considered to be the main and longest auspicious occasion of the country. Many employers give people a weekend, and trains and other vehicles operate in emergency mode, so that everyone can get home safely and meet the New Year with their family. The duration of the holiday is 15 days, each of which has its important role. Opening celebration by tradition is flashes in the sky of lots of colorful fireworks, followed by a long and joyful magical period. 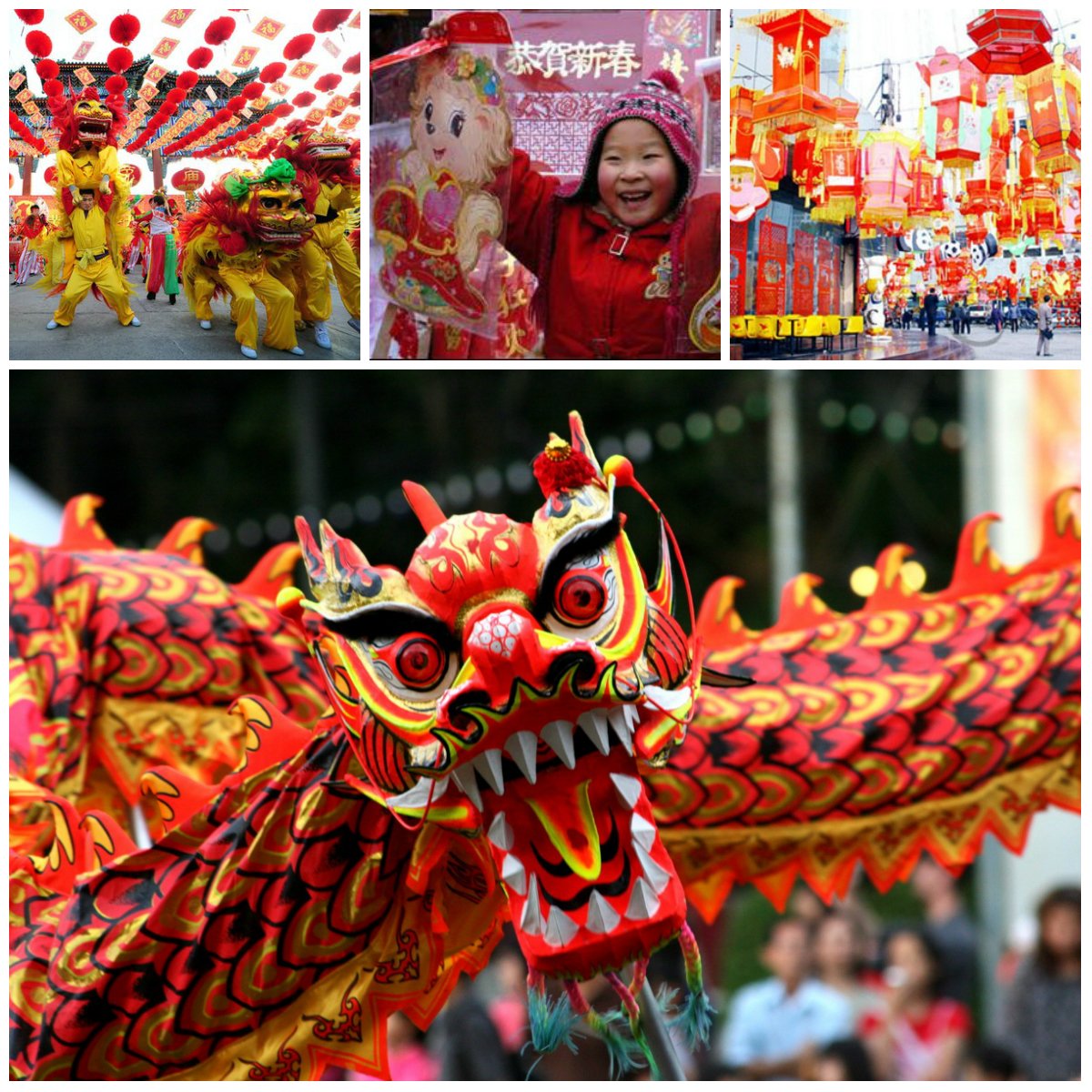 The night before the holiday is called "chusi." On this night, families gather at the festive table, honoring the spirits of ancestors. Required dish on the table is fish, symbolizing abundance, and in the northern part of China there are dumplings "Jiaozuo", this word sounds just like the phrase "seeing the old and the new meeting." Also fruit cakes "nin-gao" are made  as a symbol of the sweet life. Family members communicate on various topics, watch TV, play board games. Young often do not go to sleep at night, waiting for the arrival of the New Year.

Like the Europeans, there is a tradition of decorating the house for the New Year: on both sides of the entrance doors New Year couplets and paintings are hung inside with hieroglyphs-wishes, windows are decorated with patterned paper. Congratulations are also distributed in the form of dwarf trees grown specifically for the New Year, and flowers. In the festive period, Chinese flower markets admire their magnificence. Christmas tree for the Chinese is a tree of light, it is decorated with lights, garlands and flowers. 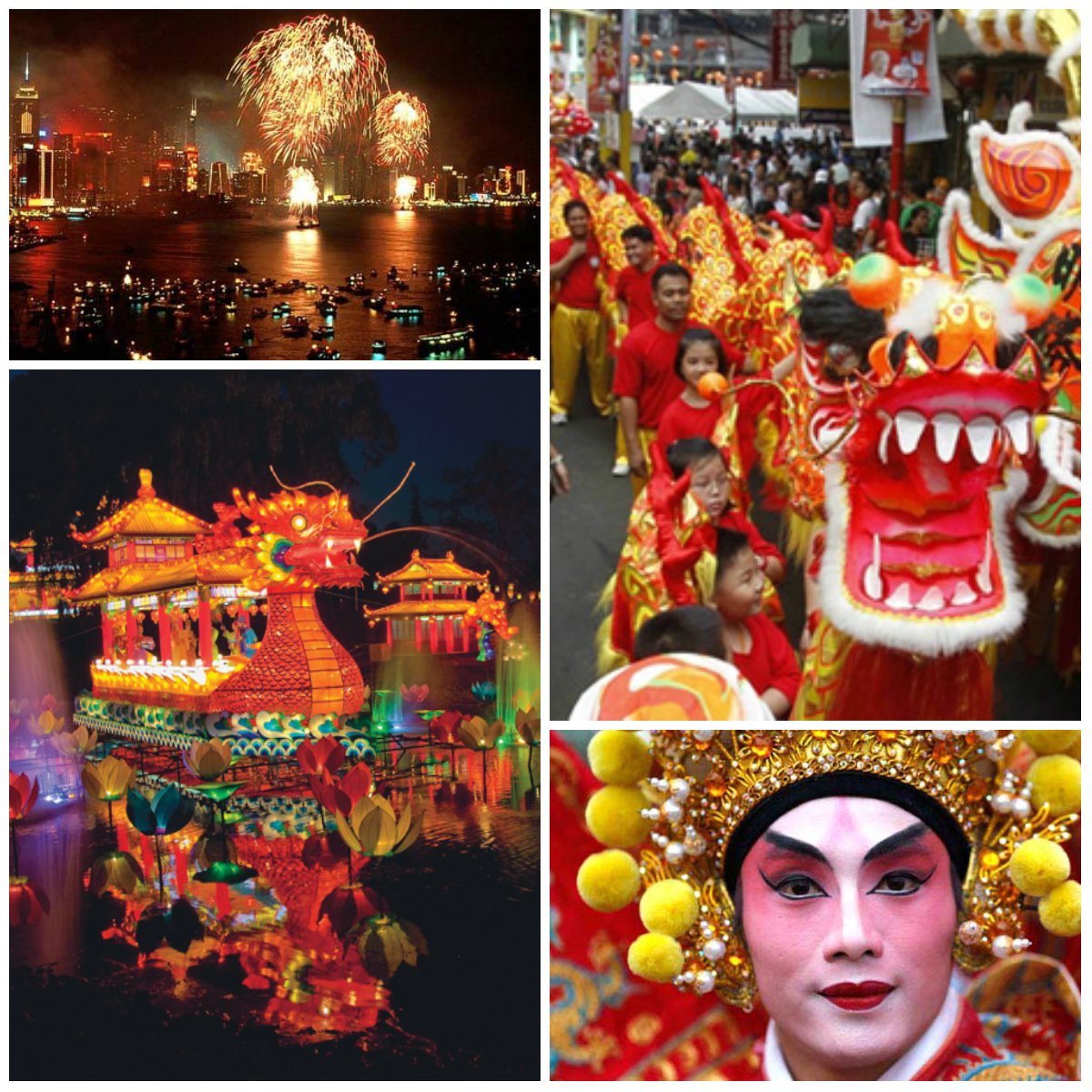 The next morning - Day 1 of this year - you should go to visit, congratulate friends and relatives, to forgive old grievances, hand gifts and sweets. It is generally accepted to give gifts in doubles, the amount they mean family unity and harmony.

On the streets festive presentations are arranged, the brightest of which is the dance of dragons and lions dance. They are very old and have a magical significance. For the entire 15-day period people in costumes and masks will appear on the streets, let the fireworks out and burn incense. End of cycle is marked by the New Year Lantern Festival, when Chinese streets are surrounded by a bright red glow.

The tradition of celebrating the Chinese New Year is so interesting and exciting that many countries of the world, too, join the celebration, though it has nothing to do with their culture.

Last updated: 2015-02-16
Section: Articles
Do you like this article? Tell your friends:
Author: ua-flowers.com
Read also
All articles
To top