Gentle romantic spring flowers - colorful hyacinths have won the love of people around the world long ago. There are somelegends which explain the appearance of this lovely plant.

In Greek the name means "flower rain", and the second name of the flower is muscari. 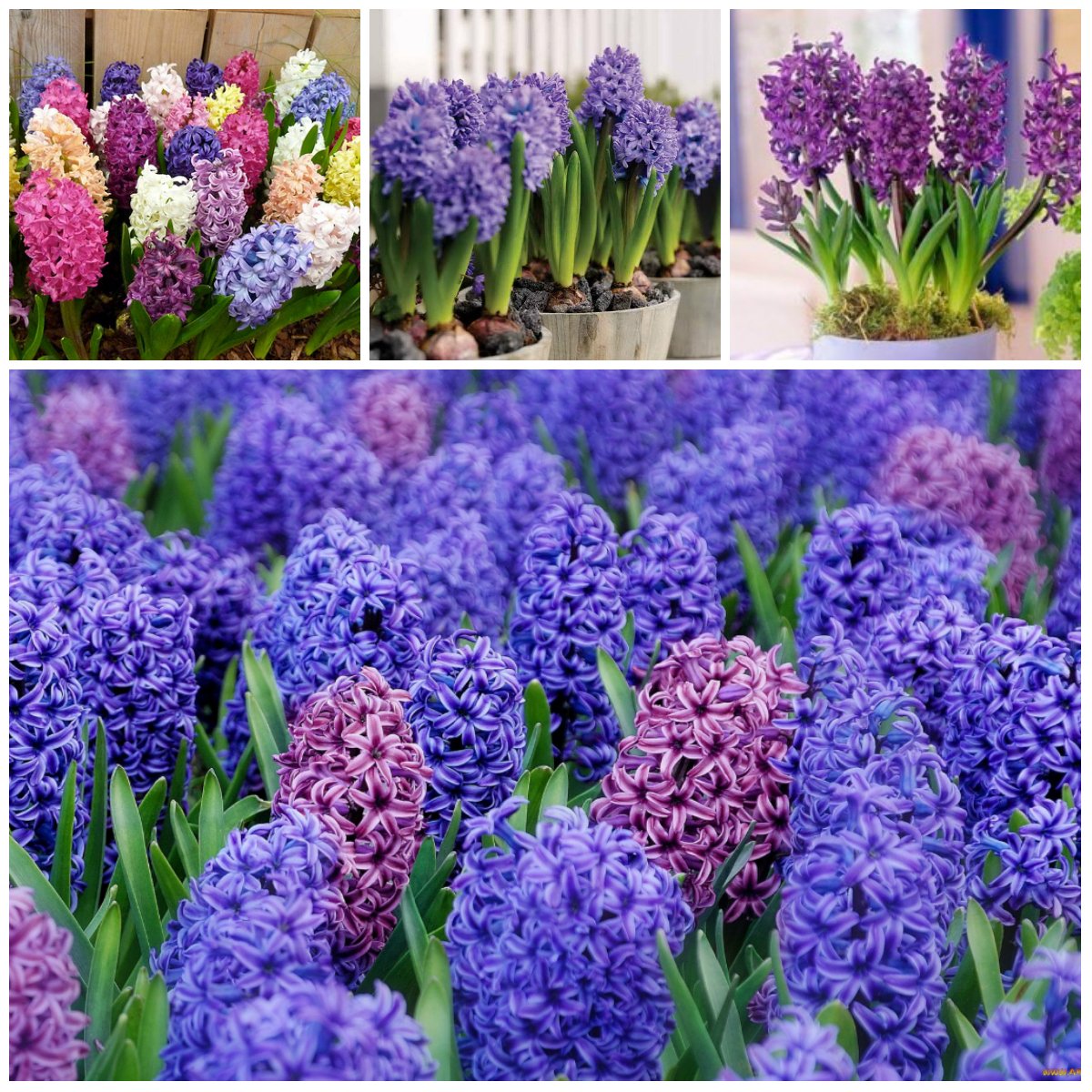 One Hellas legend tells about former significance of god Hyacinth. Over time, his fame faded, but the legend of Apollo and Hyacinth was the most important in the history of the appearance of flowers.

Cute boy Hyacinth, the son of the Spartan king, was a favorite of the radiant god Apollo. Once, during their traditional sports, Apollo inadvertently threw the disc and it went straight at Hyacinth. Where the red blood of a young man dropped on the ground, fragrant lilac-pink flowers eventually grew. Miniature Lilies collected grief and sorrow of Apollo in their petals.

Another Greek legend tells us about Odysseus and Ajax, who both stated their demands on the sword of Achilles after he died. The elders recognized the right of Odysseus. It's so shocked Ajax, that without hesitation he plunged his sword at his chest. The drops of his blood sprouted hyacinth. 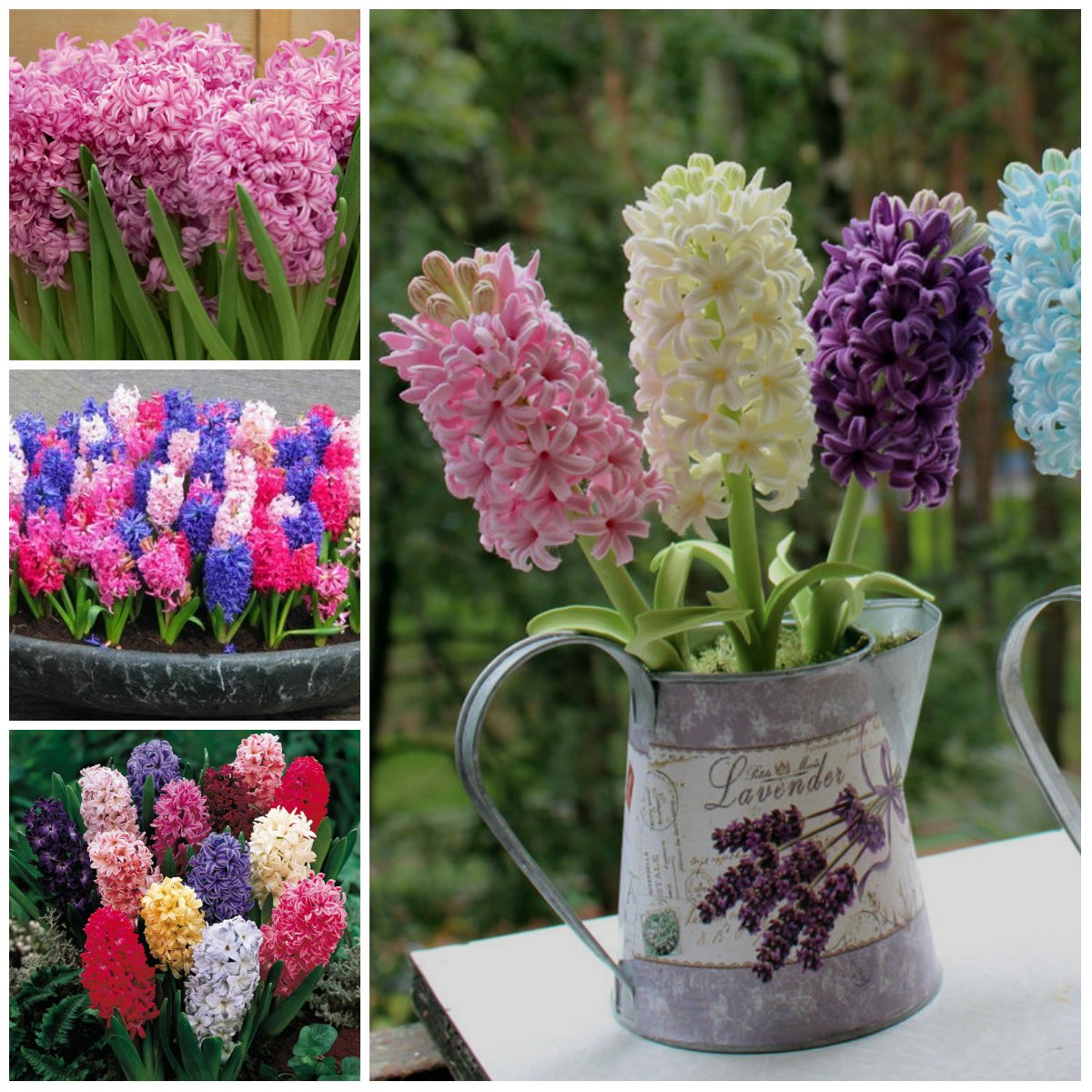 The spread of hyacinth in Europe

Initially Muscari was just in the gardens of the East - in its birthplace. A little later, this gentle messenger of spring appeared in the Ottoman Empire, Austria, Holland, and then spread throughout Europe. It happened in the XVII century. Ship with flower bulbs sank off the coast of Holland, and in the spring, when they have sprouted on the banks by the waves, it was a real miracle! Just at that time, in 1734, the world needed a new favorite flower, and hyacinths were just the one.

For centuries, the Dutch developed the breeding of new varieties of this flower. At first, nothing happened, hyacinths were not growing, but the will of the case failed to "tame" this whimsical fragile "prince". When the mouse gnawed bulbs at the bottom, people discovered that in the damaged area new bulbs began to appear. Since then breeding "of murine peas" occurs only by removing "bottoms." 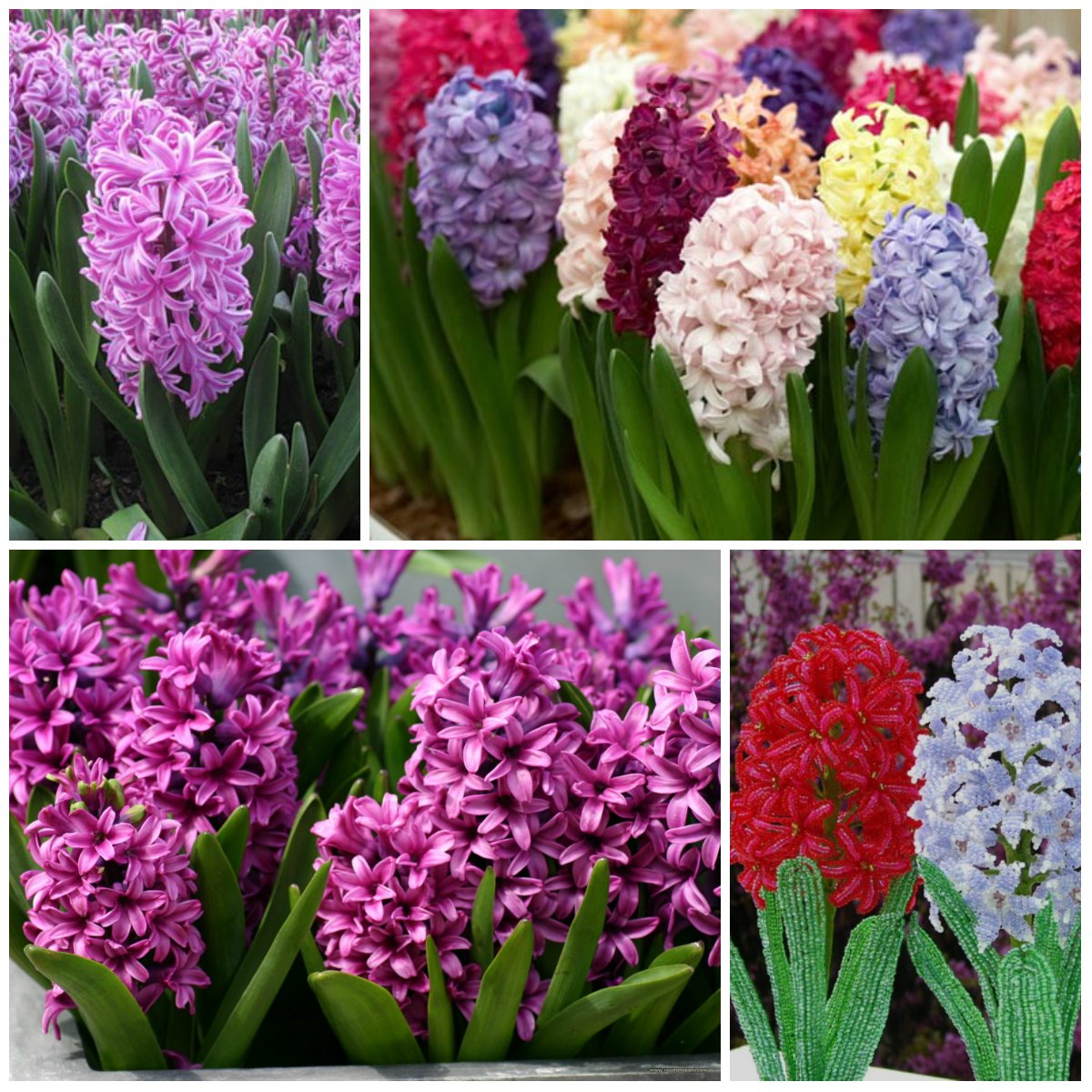 The Germans, despite their stiffness and aloofness, are too addicted to the cultivation of flowers. In the second half of the XVIII century, with the help of gardener David Boucher, in Germany, breeding hyacinths became a fashion boom! Even the King Friedrich Wilhelm III personally took care of these flowers in his palace

The French were more insidious, and used hyacinth for intoxication and poisoning unpleasant people with them. Beautiful bouquet of these lovely plants was sprayed with poison and put in the boudoir of a "victim".

Today, these methods seem wild, because it is almost impossible to imagine something more fragile and delicate.

Last updated: 2015-06-08
Section: Articles
Do you like this article? Tell your friends:
Author: ua-flowers.com
Read also
All articles
To top